Last night Brad Cummings of iOS Board Games played King of Dragon Pass for about an hour, while we talked about the game and answered player questions.

Brad was playing the iPad version, but the discussion covered the original desktop version, iPhone, and Android.

The video is archived here.

Posted by David Dunham at 05:13 No comments:

People have been asking about an Android version of the game since before it came out. There were technical challenges, but a major issue was that I have no particular expertise in Android development. And as a single developer, taking on such a major project would have meant that I couldn’t continue to enhance the game. And even if I did the port, selling via the various Android markets isn’t the same as going through the iOS App Store. 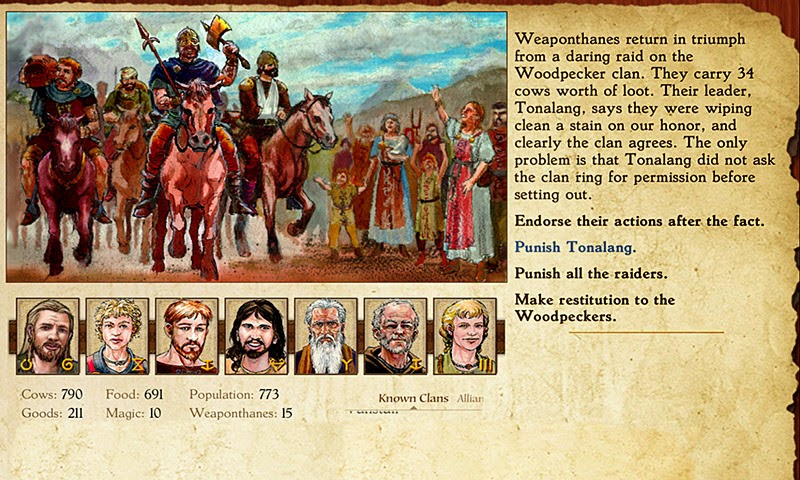 Fortunately, like a heroquester travelling on the Other Side, I could call for help. HeroCraft, a “top developer” on Google Play, took on the daunting task of making the game’s 50 screens work on arbitrary screen sizes. Plus all the other work needed to get a game that depends on UIKit, Apple’s Core Audio sound format, Game Center, etc. to run on different operating systems. And they own a lot more Android devices to test on than I do (just a Kindle Fire I bought to check out the port). Actually, with all that work, maybe they were the heroquesters, reenacting “The Making of KoDP…”

I’m extremely happy to say that the journey is now complete. King of Dragon Pass will be available via Google Play on 12 August for $9.99. If you’ve played the Windows or Mac version of the game, this is the updated version, with a host of new content, more advice, heroquest hints, and a somewhat simplified game. If you haven’t played before, you’re in for a treat!

As a veteran Android publisher, HeroCraft made a fun game trailer. (We probably should have made one ourselves, but wouldn’t have come up with their clever way of emphasizing the story aspects.)

Since I’m not an Android user, I was a little surprised that the game was a medium-sized download, but when you first launch, you need to download the bulk of the assets. I thought the size limit was a thing of the past, but I guess this is standard and you’re probably used to it as an Android user.

In a discussion with HeroCraft, the subject of piracy came up. I have no experience with Android publishing, but they certainly do. It’s a sad fact that people steal games for any platform, but it appears to be worse on Android. If my publisher is concerned, then I am concerned, since affects my livelihood, which in turn affects my ability to make more games. And actual sales will encourage HeroCraft to bring their port to more mobile platforms. 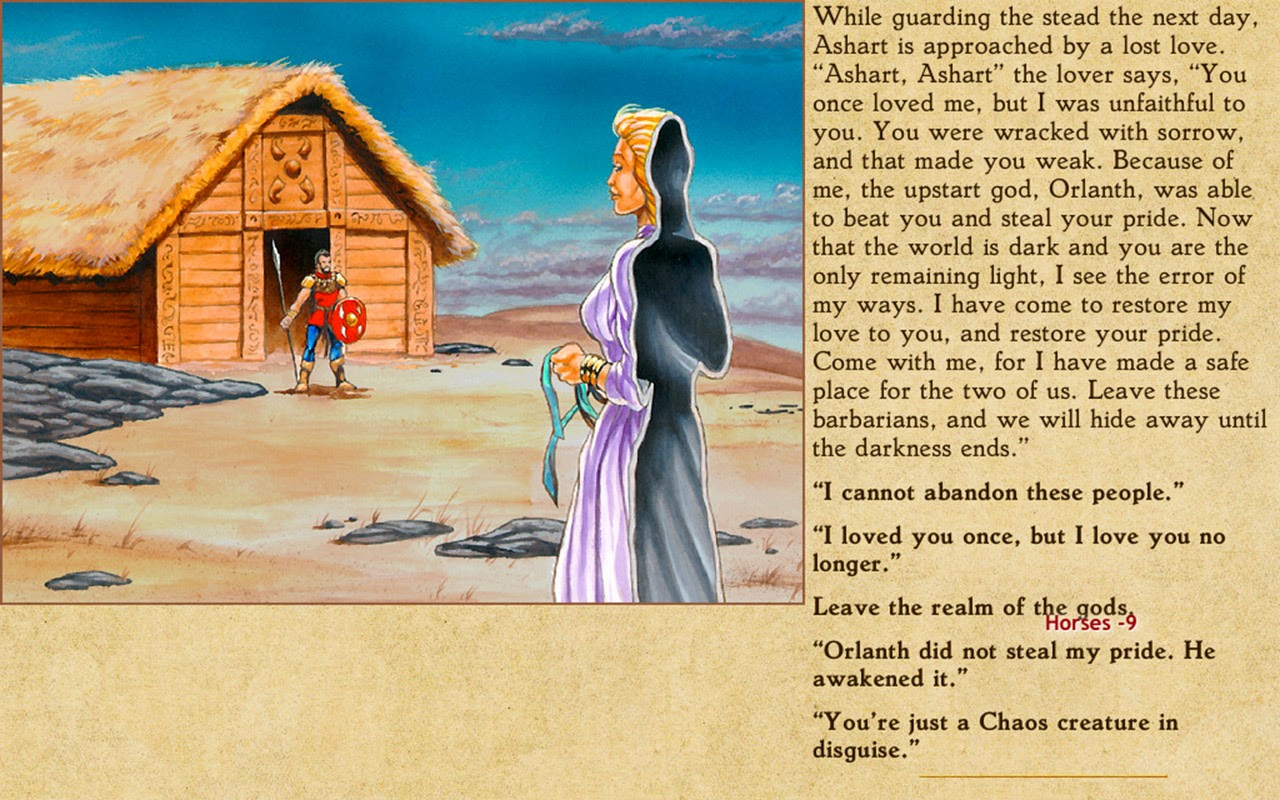 I hate to remind people, because I don’t think it’s you, but buy the game, don’t pirate it. (This may protect you and your friends from malware, too.)


If you haven’t played King of Dragon Pass yet, be aware that it’s a unique game that can be a bit hard at first. Check out the manual! We also have a tips page. And, welcome to Dragon Pass!