Fifteen years ago, the first copies of King of Dragon Pass shipped from a warehouse in Seattle. 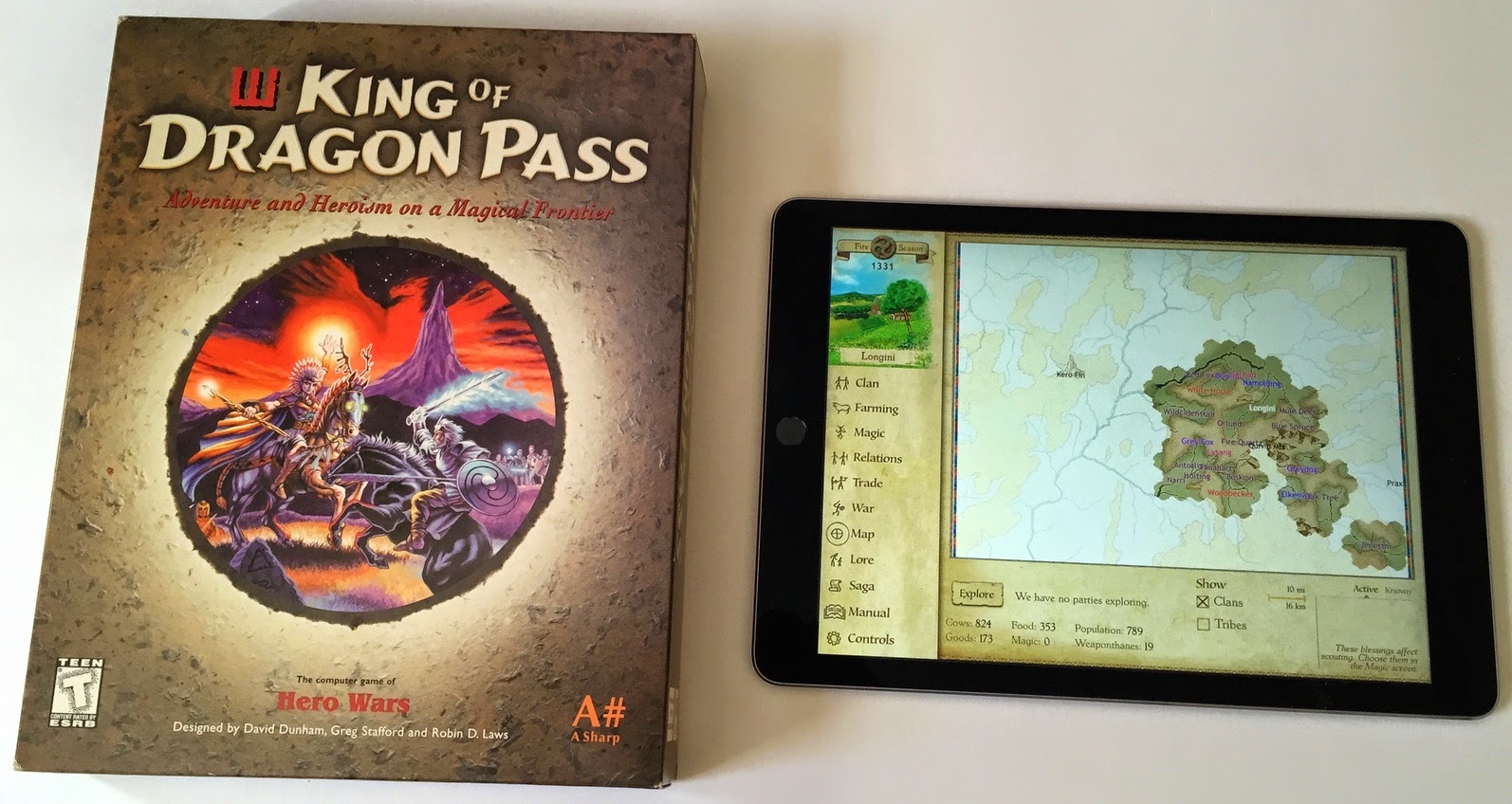 Since then, the game has been improved and adapted for iOS, Android, and Windows Phone 8, and the Windows version can now be downloaded.

We’ve sold over 100,000 copies of King of Dragon Pass. Not too bad for an indie game (even if it did take almost fifteen years). Thanks to all of you (especially the people who have bought it three or four times for different devices)!

To celebrate, King of Dragon Pass is now on sale for 50% off! Get it from the iOS App Store, Google Play, Amazon, or the Windows Phone store. The sale lasts five days.

For fifteen years, people have been asking about a sequel. We’re really excited to be working on a new game, tentatively called Six Ages. It’s an equally ambitious game, and won’t be out until 2016. You can read a little more on its development blog, or follow @SixAges on Twitter for updates.
Posted by David Dunham at 00:30 8 comments: