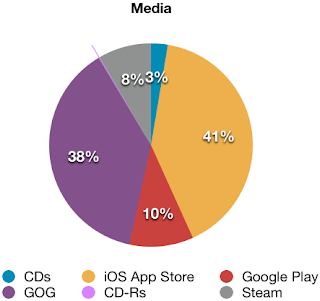 But to answer the question: iOS is indeed selling better than Android (by about 2:1 over the last month).
Posted by David Dunham at 12:44 5 comments: