I really have to wonder when I see a one star review in the App Store that reads: “I have to give 1 star to any game that doesn't optimize for the iPhone 5... Its just to easy of a fix.” (sic)

One star? Really? The game is awful because it was created before the iPhone 5 existed, and has not been altered to use the wider screen? If the reviewer stopped to think at all, is adding 88 pixels of width to a landscape game really going to make that much difference? In other words, is this screen 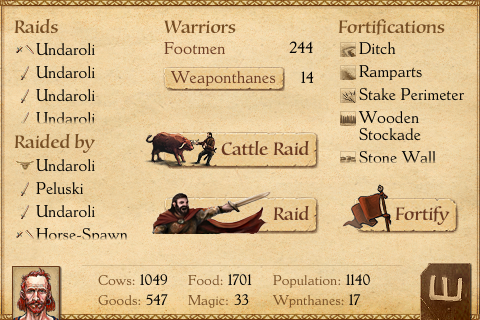 really so incredibly worse than this one? 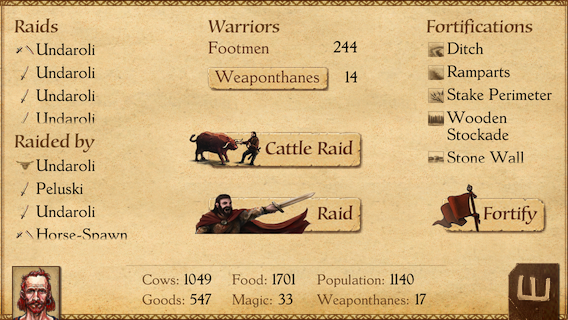 As for easy, it turns out that we had to rework 31 different screens. In many cases, it was an easy enough transformation, like the one above. But there were cases where because we’d put in so much effort making sure the game worked on the original iPhone that it needed new design and coding to work on a different layout. In particular, for the one area where the game can be a little better on the iPhone 5’s 4 inch display. Interactive scenes always allow you to view the entire illustration, but during play it’s partially covered with text. 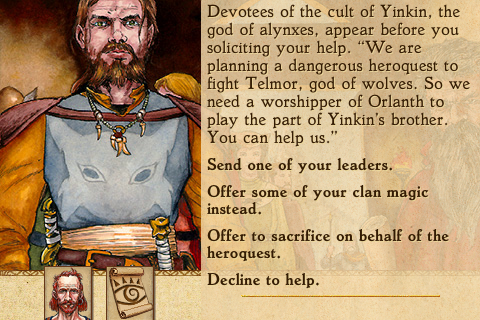 On the wider display, less of the picture is obscured. 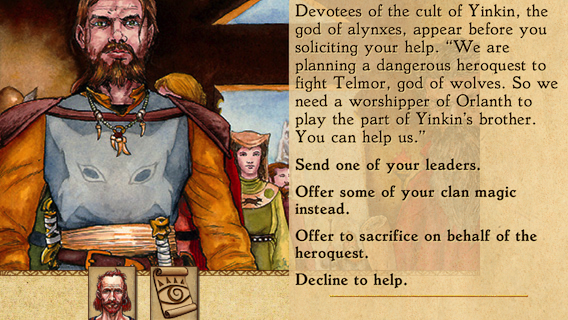 (I suppose we could show more text instead, but as shown above, it doesn’t always need to scroll. It seemed like a better tradeoff to favor art over text.)

Obviously it’s better to fully support the new screen size, but we could have used the money to commission new artwork instead of new versions of the same user interface elements. And used developer time to create new scenes, instead of redoing 31 different screens to show 18% more pixels (18% more blank parchment in many cases).

As you might have guessed from the screen shots, we are in fact adding new assets and code to support the 4 inch display as well as the 3.5 inch display on iPhone and iPod touch. But it’s because Apple now requires this, not because this game really gets better because of this effort.
Posted by David Dunham at 13:13