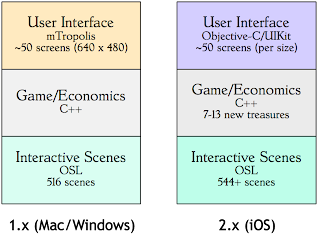 What we’ve done instead is reflected in those numbers: reworking the 50 screens for iPad (and soon the iPhone 5). And adding new treasures and new scenes in an update we hope to release this month.
Posted by David Dunham at 16:02