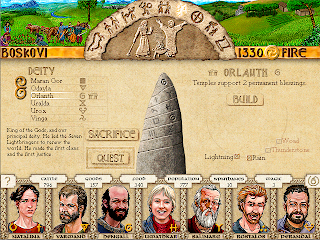 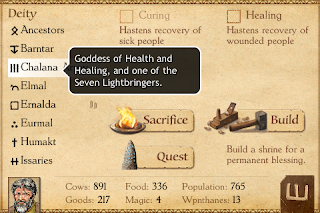 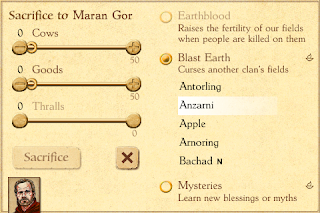 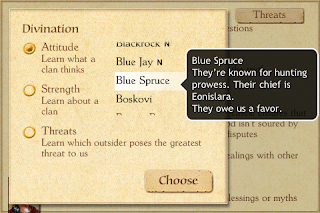 In some cases, there’s room to include the extra choice within the dialog, for example, Maran Gor’s Blast Earth (which is targeted on another clan). But this only works because Maran Gor is a minor deity, with only two blessings (plus the option to sacrifice for Mysteries). Lhankor Mhy has four blessings. To handle this, I added a button which brings up a dialog that lets you choose the specific divination. And, for two of the questions, the clan you’re asking about. It’s a little more tapping than you needed in 1.0, but it’s not something you do often, and it follows the typical progressive disclosure model of the iPhone.
Posted by David Dunham at 21:16