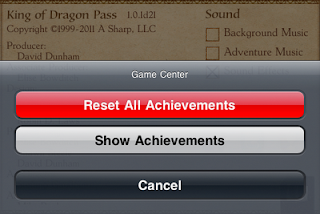 I expect to be wrapping up most of the achievements soon. Then I want to start the tutorial, and clean up scenes that refer to small livestock (sheep and pigs).
Posted by David Dunham at 21:09