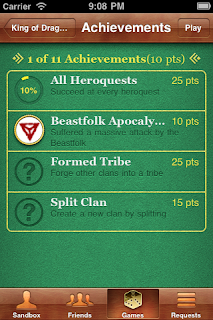 Let us know if there’s something you think should be an achievement.
Posted by David Dunham at 21:18